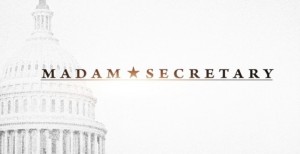 Last nights new episode of Madam Secretary, which started at 9:02 EST, pulled in 13.21 million viewers and 1.8 A18-49, up three tenths from last weeks episode. Retention from the NFL-inflated 60 Minutes (full hour to hour) was 74% among total viewers and 53% in the demo.  The bigger lead in certainly helped this week, but to see Madam Secretary score its second best performance yet is encouraging.  Again, since the show started late, numbers are expected to change in finals (update: numbers held in finals). 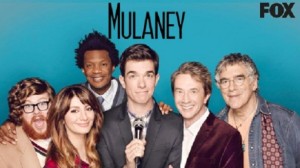 Have we seen the last of Mulaney?  Back from its World Series hiatus, the new episode notched 1.63 million viewers and 0.7 A18-49, down three tenth from its most recent episode.  Not only were the numbers minuscule, but so was the retention from a REPEAT of Family Guy – 65% in total viewers and 58% in the demo.  ABC announced the cancellation of Manhattan Love Story when it hit an 0.7 demo, and NBC will pull the plug on A to Z after 13 episodes –  with the announcement coming after it hit an 0.7 last week.  Will Mulaney follow suit?

Week five of Madam Secretary scored 12.28 million viewers and 1.5 A18-49, up a tenth from last weeks episode episode. Keep in mind, however, CBS started later in some markets, so there could be adjustments in finals (edit: it adjusted up the 1.5 in finals). The stability of Madam Secretary is probably enough for it to secure a full season order.

Meanwhile, week three of Mulaney dropped from last week, despite its lead in jumping nearly a full demo point. The latest episode notched 2.25 million viewers and 1.0 A18-49, displaying retention of 47% and 40%, respectively, from Family Guy.  In case you missed it, FOX cut the episode order for Mulaney from 16 to 13 episodes. Production on episode 13 just wrapped, so don’t expect anymore episodes to be filmed.

In its fourth week on the air, Madam Secretary has stabilized, pulling in 11.45 million viewers and 1.4 A18-49.  Despite losing the NFL overrun this week (compared to last), Madam Secretary was down only a tenth in the demo.  The older-skewing drama was also even from week two, the last time it aired without the NFL overrun.  While the show may skew incredibly old, I expect CBS to give Madam Secretary a full season order any day now.

Over at FOX, week two of Mulaney was a bit more positive than last weeks horrific debut with 2.19 million viewers and 1.1 A18-49, up a tenth from last week.  What we have to keep in mind here, however, is that FOX benefited from the NFL overrun this week.  In addition, Mulaney‘s lead in last night was a repeat of Family Guy (why a repeat already??).  Retention from the Family Guy repeat was only 65% in the demo – yikes!  How many weeks until Mulaney is finally pulled from the schedule?

Another day, another bomb from FOX.  The latest attempt at success was Mulaney, a multi-cam sitcom starring John Mulaney.  The half-hour debut of Mulaney bombed with 2.30 million viewers and 1.0 A18-49 demo.  Retention out of Family Guy was a depressing 63% in total viewers and 53% in the demo.  I do not expect Mulaney to stick around for much longer as they have a show waiting to air (animated sitcom Bordertown).

Final ratings for Madam Secretary have it at 12.20 million viewers and 1.6 A18-49 demo.  Compared to last weeks episode, the new drama was up three tenths in the demo.  Of course, a lot of the lift is because CBS had the NFL overrun this week (which it did not have last week).

Quick Premise: The focus is on a comedian living in New York City and his friends.
Timeslot: Sundays at 930/830c
Lead in: Family Guy
Competition: The Good Wife, NBC Sunday Night Football, Resurrection

Analysis: On paper, Mulaney sounded like a solid comedy…and then the trailer was released.  The jokes were forced, unfunny, and Seinfeld rip-off references were made online instantly.  I can get over the Seinfeld rip-offs, since basically every show on broadcast television is like a series before it.  Jokes are typically unfunny in a comedy pilot anyway too, so no big deal.  However, Mulaney just doesn’t scream FOX comedy, and being on the wrong network can be a major negative.  Had this been a CBS comedy, chances might be a bit higher.  Mulaney does benefit from a strong lead in with Family Guy, although the two series don’t really fit one another.  The last time FOX debuted a live action sitcom after Family Guy was in 2010 with Sons of Tuscon.  That series held onto only 60% of Family Guy‘s audience, and was quickly cancelled.  The same thing could happen here with Mulaney.  Finally, competition will be tough against NBC Sunday Night Football, although FOX gets some solid results thanks to NFL Overrun earlier in the night.  Mulaney won’t perform all that week, but it won’t bomb either.  Still, a low result seems expected.
Prediction: WEAK (2)

Note: Initially, CBS was supposed to be posted today.  However, they only have one new comedy this fall (The McCarthys) and it doesn’t premiere until October 30th.  For that reason, FOX was bumped up one day and the post for CBS will wait until October.  In addition, no post will be published on Thursday (as NBC is now tomorrow).  My predictions for the returning comedies will be posted on Friday, as originally planned.